John Selway 1938 – 2017
On October 31st 2017 John Selway passed away after a long illness.
Prior to this WalesModern had prepared an article on his most recent exhibition at the Oriel Q Gallery Narberth. The article was entitled – “The Peter Pan’s of Welsh Painting” John Selway & Clive Hicks-Jenkins.

“Now both in their 70’s, the eminent Welsh Artists John Selway and Clive Hicks-Jenkins have recently produced work on the Folklore and Fairy Tales of the writers J.M.Barrie and The Grimm Brothers (Germany}.

John Selway
An exhibition of recent paintings and prints  contents of which are works inspired by J.M.Barrie’s. ‘Tales of Peter Pan’ and some earlier work illustrating his early childhood and the poems of Dylan Thomas’s own childhood such as ‘Fern Hil’ .. “I have written in the past of my concern for the written word and the way in which it continues to inform my visual work” Opening the most recent exhibition Clive Hicks-Jenkins has this to say about the work. 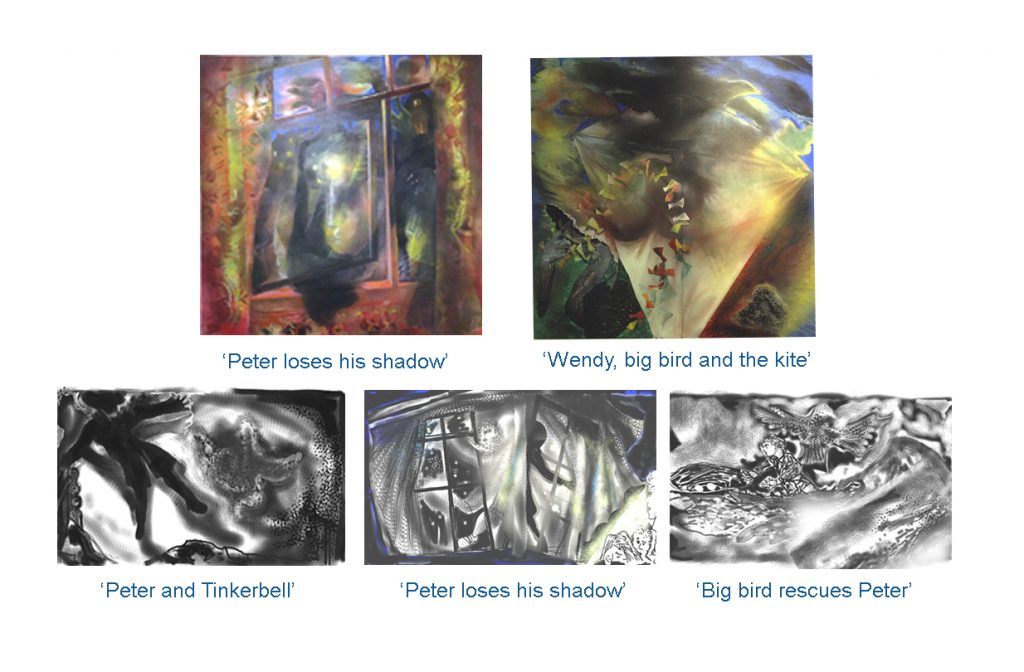 Sept 2017
“in the face of challenges that would daunt anyone less resilient, the old master has plummeted into the darkness, dysfunction and cruelty of Barrie’s texts. His re-invention makes the ground shift and boundaries blur. The sensation is occasionally vertiginous, which is to be expected. But more radically, there are no Disneyfied fairies, no gumming baddies playing to the dress circle and no queasily coy mermaids. Here’s a pared-back treat, an Edwardian shrubbery where vegetation seethes and presences are for the greater part implied.It’s though Neverland has had a brush with Lord of the Flies. I’ve always loved the book, though with wearing frequency not the liberties taken with it.  But this,- “THIS is wonderful stuff!”.

Clive Hicks-Jenkins is known primarily in Wales as a painter. Over the past few years he has intermittently, though obsessively exploring the theme of Hansel & Gretel. Last year Simon Lewin of the publishing Imprint ‘Random Spectacular’ encouraged the artist to illustrate a picture book. What he eventually produced was a reinvention of the Brothers Grimm story into a folk-horror cautionary tale of the 21st century. Family dysfunction, unhealthy appetites and manslaughter are at the heart of a word in which Liquorice Allsorts are deployed as weapons and gingerbread men bite back. George Romero meets the Brothers Grimm. 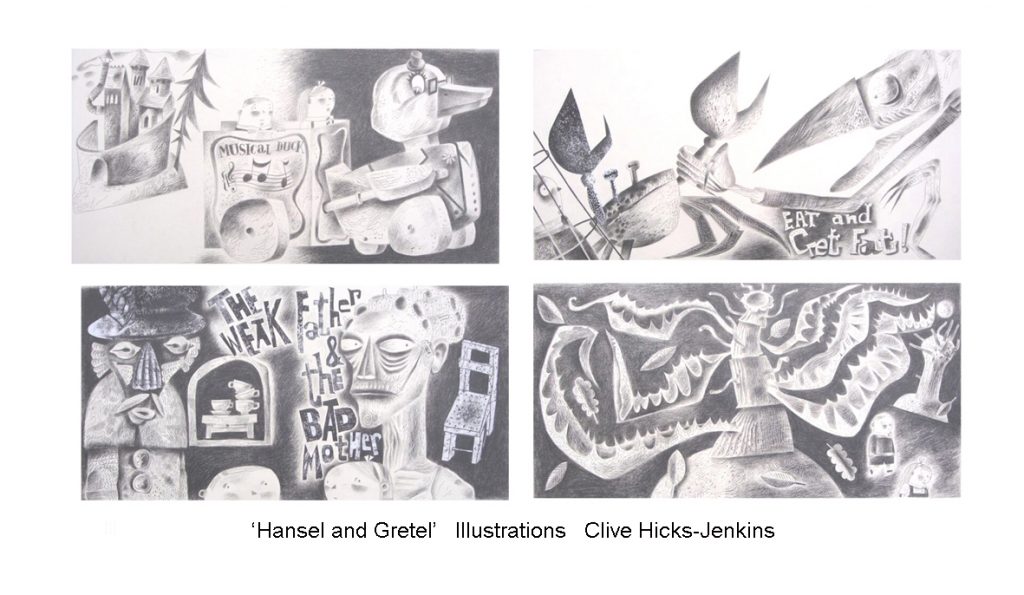 Following the book’s publication in September 2017. Clive was commissioned by Benjamin Pollock’s Toyshop in Covent Garden to design an assembly-kit Hansel & Gretel ‘toy Theatre which has just
been published. Next year he’ll be designing and directing a newly commissioned work for chamber orchestra based on the theme of Hansel and Gretel.