Howard Hodgkin’s India paintings are full of the emotional and pictorial essence of India with their intense colour and textures that formed the way of life. Hodgkin’s infatuation with India began in his early schoolboy days. introduced to the intense colours and complex compositions of Indian miniature painting.
Paintings produced later in life are recollections of a place where “life was transparent”, abstract paintings that inspired by encounters at moments of transparency. Hodgkin died earlier this year (2017) leaving a plethora of colour and experiences since his first trip to India 1964. 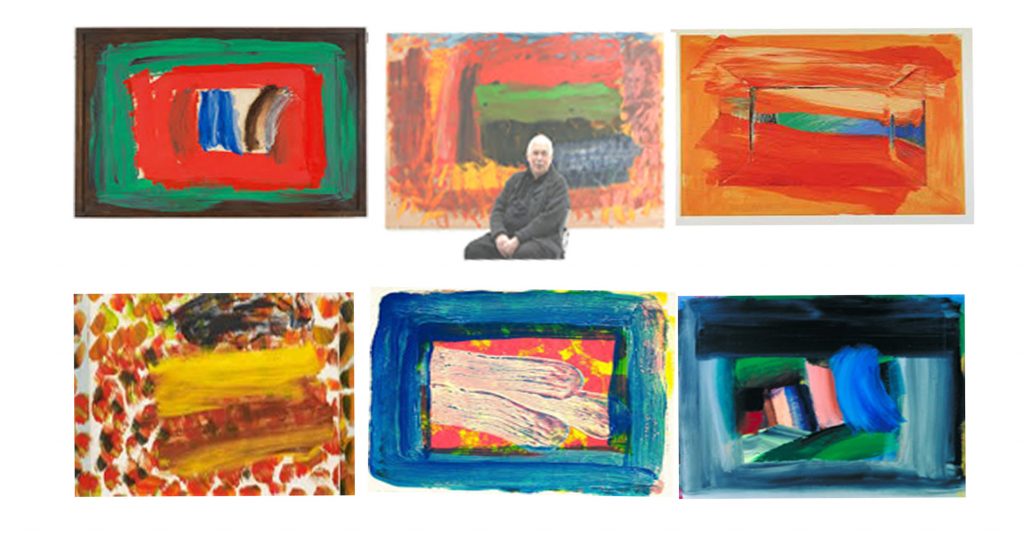 India has given us many examples of mystical or spiritual works of art, none more so than in the works of Welsh painter Glyn Jones. His visits to Kerela provided him with visual links of popular art forms practised by women called Rangoli or Korlam, work referred to as ‘painted prayers’ Jones recognised that many of their designs are similar to Celtic patterns, which reinforce the cultural links in Jones’s work today.
When one looks at the paintings, their colour, design, purpose and sophistication brings back in Jones’s own words. 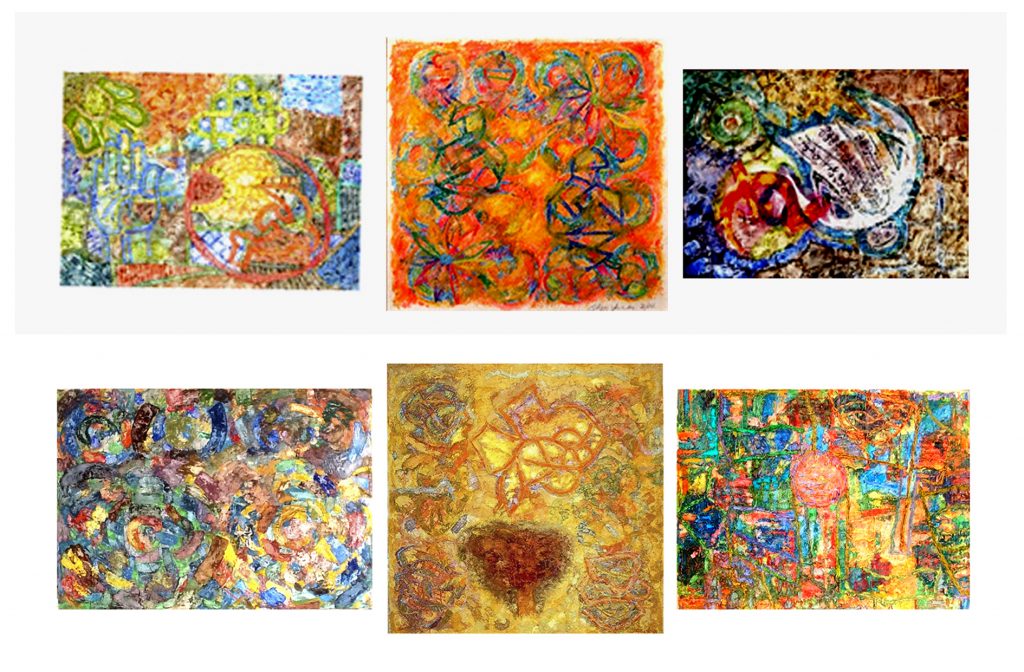 ” my memories of Baptist Ministers preaching in the ‘Spirit’
and of the religious oratories, frequently sung by large
choirs, somehow relate to the human experience.
Countless ‘inner lives’ collectively and individually allowing
the invisible to become visible through ritual and life”.