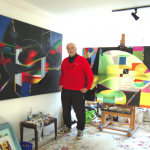 During 2015, to celebrate 80yrs Robert Alwyn Hughes began work on the concept - "returntotheABSTRACT" - once again re-inventing ideas formulated by the ' BLACK BOX'  of the 70's The Black Box was exhibited during the 70's at the Grosvenor Gallery London. It was not until 2008 that the series of works entitled "BLADES"materialised. Inspired by the discovery of … END_OF_DOCUMENT_TOKEN_TO_BE_REPLACED 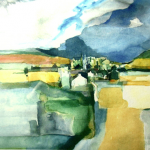 Dowlais situated above Merthyr Tydfil at the Heads of the Valleys is not generally known for its contribution to Welsh Art. Dowlais can be divided into three distinct areas - Dowlais itself, Caeharris and Dowlais Top. Dowlais is notable for it's Ironworks and Male Voice Choirs. The artist Thomas Prydderch was from Dowlais. He worked at the Cyfarthfa Ironworks. Lady Winbourne … END_OF_DOCUMENT_TOKEN_TO_BE_REPLACED 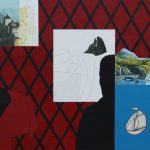 Venue: Red House, Merthyr Dates: 26/08/17 to the 15/10/17 Part of the Celebration of Welsh Contemporary Painting, in partnership with Cyfarthfa Castle and Glasbury Arts. Ken Elias is one of Wales’ leading artists. Born in 1944, into a working-class family in Glynneath, his childhood was formed during the 1950s. He attended art school in the 1960s, during the height of … END_OF_DOCUMENT_TOKEN_TO_BE_REPLACED 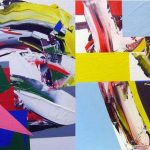 Like many contemporary artists battling to establish a reputation, Mandy Wilkinson had dreamed of her name appearing one day alongside the likes of Van Gogh and Joan Miro on the sales list of an international gallery with thousands of clients around the world. Unfortunately, when this happened to the 38-year-old abstract painter from Wales, who by her own admission remains … END_OF_DOCUMENT_TOKEN_TO_BE_REPLACED